So it’s been a couple months since my last post. Although my break has actually been kind of nice, I’m in a weird place. I haven’t been able to read YA lately (or anything other than picture books, really). Still, things have changed a little since then. I decided to send Ugly to a developmental editor my book coach recommended, as she thinks this editor could make the difference for me. So I’m going to give it one more shot. I should get it back from her soon, and then I’ll have to dive in.

Additionally, I’ve decided to clean up the Sarah stories and publish them through Kindle Vella, which is a new serial platform that hasn’t been released yet, but is coming soon. This book is odd and was always going to be hard to sell. But it’s perfect for serialization, because it’s always been a novel in parts, where each part is a self-contained story, with all of them adding up to a larger story. So each novel part can be one “story” in Kindle Vella, with each chapter (or maybe a few chapters) making up an “episode”. Here’s an article if you’re interested in learning more about Kindle Vella. I’m in the process of finishing up the full draft (meeting with my critique partner today to go over the revised last story), and I’ll make any needed changes and send it to a developmental editor this week. Then, once I make any of her recommended changes, I’ve still got to send it to a copy editor (I could skip this step, but I probably shouldn’t—though I might be able to get away with it for the first one, since it’s been edited so heavily in preparation for going into my thesis). I’m still hoping to get the first story (I’m starting with “Now Would Be Good,” which is technically the second story chronologically, but I’m planning to do the actual first one at the end, as a prequel) published on Vella before it releases, but that probably won’t happen. But I can hope.

I also found out that Finding Frances has won an indie award called the Next Generation Indie Book Award. There hasn’t been a press release yet, but I was notified earlier and you can see the list here. Once they’ve officially announced it, it will show up on this page. The book tied for first place in the First Novel (70k-90k) category. Now, this award isn’t exactly prestigious and there are a million categories, and I really would have rather placed in the YA category, but it’s still really nice to get some recognition. Somebody somewhere thinks it’s a good book, even if nobody is buying it. Also, the prize is $100, which I assume they’ll split in half since it was a tie. Which increases my income from this book by more than 50%. This book hasn’t exactly been a rousing success.

Other than that, I haven’t been working on any other YA stories, instead focusing on my picture book venture. I’ve got two different drafts that are coming along nicely, and another new one I wrote a first draft of on Friday. I’m going to be starting drawing up thumbnails for the first one, even though it’s going to be a while before I can actually do the artwork. I’m taking Life Drawing this term, and let’s just say my ability to draw people… needs to develop a little.

Here is a sketch I did in my Life Drawing class that doesn't suck. 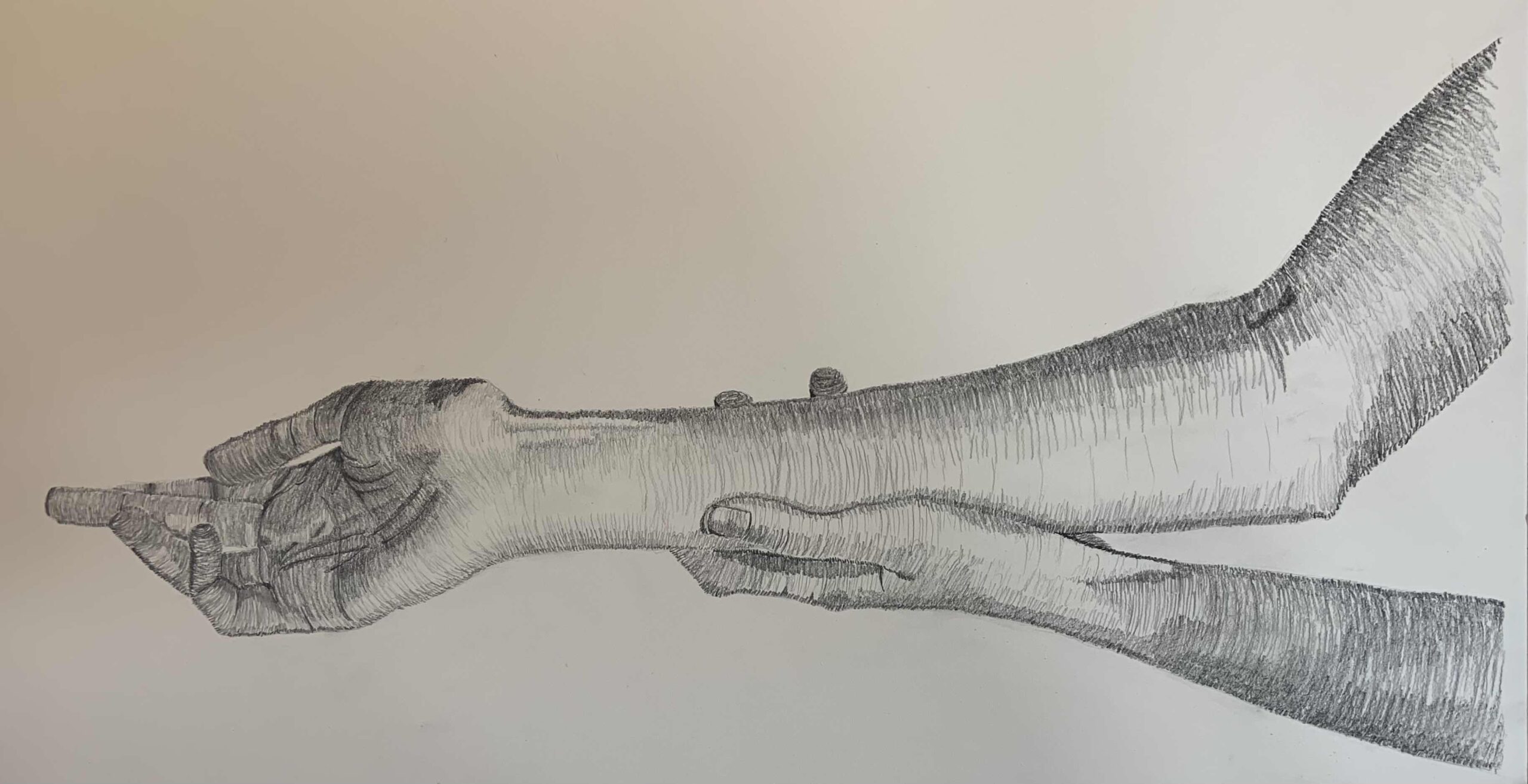