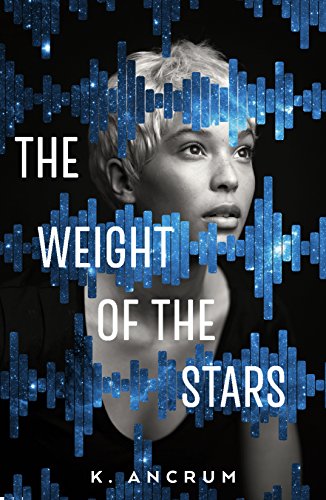 The premise of this quiet book is really interesting. A couple of decades earlier, a private space company send a bunch of young women on a one-way trip out of the solar system. While I do not in any way see the appeal of this, it is an interesting concept and I’m sure there are people who would sign up.

Alexandria, the daughter of one of them—born right before they left and given to her surprised father—appears at Ryann’s school one day. Ryann is sort of a tough girl, and sort of a peacemaker. Early on, she’s tasked with befriending Alexandria. She doesn’t exactly get off on the right foot, but after Alexandria gets injured in an accident sort of indirectly caused by Ryann and her friends, Ryann figures out a way to make it up to her, and they eventually work out their differences. Their friendship develops in some complex ways.

There are some really interesting diverse representations in the book: lesbians, Black and Sikh characters, and polyamorous parents. And Ryann’s younger brother has a son. So there’s a good range of characters in here, as everyone in Ryann’s friend group is different from each other. The only thing I should mention is that I did have trouble with some of the characterization. There were several times in the books where the characters would do things that I didn’t expect and that didn’t quite seem to make sense, based on what I knew of them. So there were decisions made that seemed jarring to me.

However, a lot of people really love this book, so I think the characterization must not have bumped for everyone. So if you’re looking for a quiet book with a variety of different characters and a unique space theme, check this one out.