I’m supposed to be working on my new YA book Ugly (plus the other one that’s under a pen name), but ask me if I’m doing either of these things.

Nope, I’m not. I mentioned being stuck a few weeks ago, and I sort of still am. But I replotted the pen name book and just need to get back to Ugly, but instead I’m working on some short stories. It’s the Shiny New Idea.

As I’ve mentioned, I wrote one called “Now Would Be Good” that’s about a girl in her junior year of high school. But now I want to do a whole series about her and I spent most of last Sunday at Starbucks with a friend plotting five other stories out. One’s about her in ninth grade and the others follow her from junior year through right before she goes to college. I’m pretty excited about these stories because I really like the premise of each of them. And they will naturally tie together.

I’m going to self-publish the collection. No one will buy it, but once I have a book published traditionally, there will already be another book for people who liked that one to buy. That’s the plan, anyway.

Speaking of traditional publishing, I haven’t had any more movement on Finding Frances. I do have several people at work reading it, which is a little weird. Hopefully they don’t hate it. Since they wanted to read it electronically, I designed a cover to go with it: 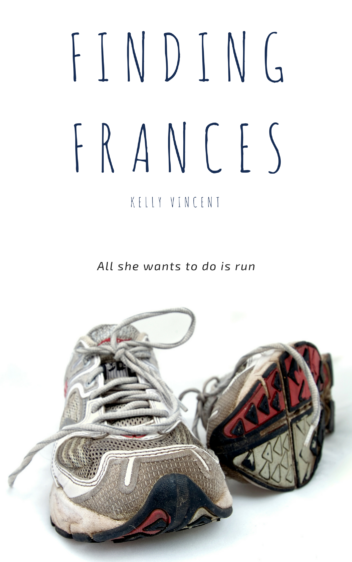 So many people have read this book. I look at the acknowledgments section of other novels, and authors thank their one critique group and a handful of beta readers (if that many). I’ll never be able to thank everyone who’s helped along the way.

Sadie Speaks is still idle at the moment, too. I just don’t know what to do with that one. It’s difficult.

A couple weeks ago, I submitted “Now Would Be Good” to Cicada magazine. I recently found out that they’re going electronic only. I still prefer paper, but I don’t know any other markets for YA short fiction. So now that story’s out for a contest and a magazine. We’ll see what happens.