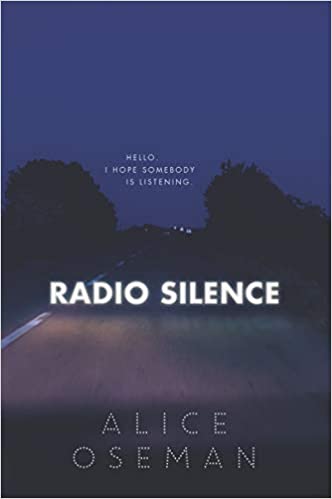 This is a hefty book for a contemporary, coming in at over 420 pages, but I enjoyed every bit of it.

Frances is a superstar student at her school in England. She is head girl, which is apparently a thing. She knows the head boy, Daniel, pretty well, and ultimately that sort of puts her in contact with Aled Last, who she accidentally finds out is the creator of her favorite podcast, a story show called Universe City. By chance, he had asked her—before she knew—to be the official artist of the show after admiring her fan art. Soon they start collaborating and Frances finds herself in heaven—she’s working on her favorite thing and now has the first real friend (someone she can be herself with) she’s ever had. Everything’s great. Living the dream.

But what happens if everybody finds out who the creator of the show is? She’s not telling because he doesn’t want anyone to know, but what’s she supposed to do if someone asks her? She’s a terrible liar.

I don’t want to say too much more because a lot happens in the book and it’s interesting and frequently surprising. But it’s about true friendship, finding yourself as you’re finishing up school, and figuring out what you really want to do with your life, even if you think you already know. It also ranks high on the diversity scale. Frances is mixed race (her father is Ethiopian, but he’s not around, and her mom is white). Daniel is Korean. Aled’s white, but none of them is heterosexual. And it all works. I just really felt like this book paints an accurate portrait of an aspect of British teen culture—specifically the university-bound high-achievers.

Overall, I’d recommend this to fans of contemporary, especially if you like settings outside the US. And if you’re at all into story podcasts like Welcome to Night Vale (apparently this was the inspiration for Universe City), you will eat this up.