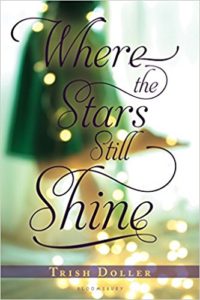 Callie’s mother kidnapped her when she was five in order to keep from losing custody of her, something she believed was imminent. After twelve years on the run, they get stopped for a bad brake light and it’s all over. Now Callie has to go back to Florida to live with her father, who’s remarried and has two young boys.

Of course Callie doesn’t know him at all, although he naturally still feels a strong connection to her. Given her transient upbringing, she doesn’t have any idea how to be a normal teenager. She’s never even been to school. She’s never had friends. She’s had few healthy interactions with men. She also learns that her mom suffers from borderline personality disorder, a mental condition that is presented as treatable by medication Callie’s mom refuses to take.

Once back, Kat, a girl she was very close to before she was taken, immediately befriends her. Kat’s grown up knowing all about Callie and remembering their friendship, but Callie doesn’t remember much at all from the time before she and her mom left. So their friendship gets off to a rocky start because Callie doesn’t know how to be a friend. She also meets Alex, the local hottie, who is immediately interested in her. In addition to Alex and Kat, she re-meets her extended large family. Because it turns out she comes from a giant and enthusiastic Greek family. She struggles to navigate all of this and is frequently overwhelmed.

I thought Callie was really well-drawn. She isn’t a very sympathetic character in the beginning, but I felt that was very realistic, given her lack of exposure to normal social situations. It was a little cliche that she didn’t respect herself because of abuse she suffered when she was eight, but her growth toward some level of self-respect seemed realistic and interesting. Alex’s characterization was not quite as solid, as I didn’t get a strong sense of his motivations with her until closer to the end—if he was serious or just in it for temporary fun. Kat was quite likable and it was fun to see Callie grow to love her as a real friend. Additionally, Callie’s mom doesn’t disappear from the story after she’s arrested. She is bailed out of jail by her parents and then pops up to cause trouble for Callie, who feels a strong loyalty toward her and can’t decide if she should run off with her again or stay with her new, stable family.

One thing that did bug me was Callie’s mom’s mental illness. I already knew a little about borderline personality disorder and did a little more digging on it, because although most of the symptoms seemed more or less right, it’s not generally treatable by medication. Additionally, Callie refers to her mom going through a manic period, which doesn’t happen with borderline—that’s bipolar disorder. Borderline is characterized by impulsive behaviors and problems with emotion regulation, which are also common with bipolar during manic episodes, but the two are distinct. It is true that people who suffer from borderline can also have other mental health issues, but it’s never mentioned that she also has bipolar. Borderline is treated with cognitive (or dialectical) behavioral therapy because it’s more a problem with perceptions than a brain chemistry thing.

Anyway, that didn’t ruin the book for me, but it stood out. Instead, I focused on Callie’s growth as she comes into a much healthier view of her own sexuality and her relationship with men. Certainly, her father (who is a great guy) helps her understand that men can be good. Alex’s treatment of her also adds to that. In the end, it’s not clear where she and Alex will end up, but what is obvious is that she has a real extended family that she is a part of and she and her mom have come to an understanding. Older teen readers will see someone they know in Callie, even if it’s not themselves.