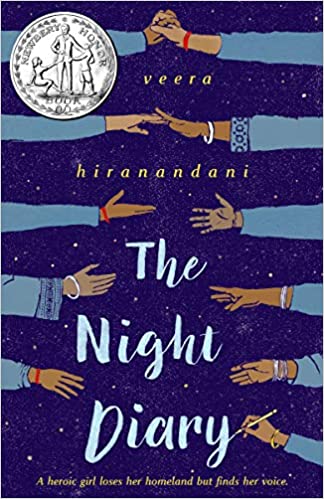 It’s 1947 right before the British were to leave India and Nisha and her twin brother Amil live with their Hindu father and his mother in far northwest India. Their Muslim mother died in childbirth. But when the leaders decide that the best solution is to split the country into two, Pakistan and India, they find themselves in the wrong place for their father’s religion. Their father is a doctor so they live in a nice house, but eventually he decides that it’s more dangerous to stay and they leave on foot, heading toward the border.

For those who don’t know, Indian Partition was a horrible, bloody, and shameful time in South Asian history. In the Punjab regions of both Pakistan and India, Hindus, Muslims, and Sikhs were all killing each other over nothing, really. They killed each other because others had killed their families. Muslims would stop the trains heading south from Pakistan and massacre people, and Hindus would stop the trains heading north into Pakistan and massacre people. People of the “wrong” religion who stayed put in either East or West Punjab were also killed.

Nisha was given a diary and started writing letters every night to her mother about her day in them. So we see her account of everything leading up to their departure, and what they go through trying to make it to new India. She’s a wise and observant girl, shy with strangers and desperate to know more about her mother. It’s impossible not to like her, or her brother, who struggles in school but is a talented artist (as was their mother).

This is a really moving book that teaches about a significant point in history without being preachy. Nisha asks important questions that will make readers think. I highly recommend this for fans of middle grade in general, but I also think it will appeal to those who like historical fiction in general. 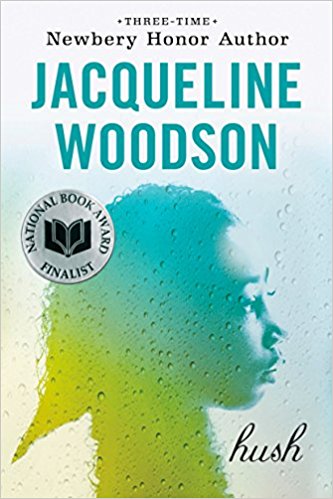 There’s good reason this is a well-known and well-respected book. Woodson has done a great job with a tough subject, written 16 years ago—long before the publishing world started earnestly trying to make up for its lack of diversity.

At the beginning of the story, Toswiah Green is a happy 12-year-old girl in a happy family. She’s black and her father is a Denver police officer. Everything’s great—until her father witnesses two white officers shoot an unarmed black teenager. He can’t live with himself if he doesn’t say what he saw—a murder. But that’s not going to fly with the rest of the police force, so the family has to go into witness protection so he can testify.

Toswiah becomes Evie and her sister (Cameron) becomes Anna. By the time they leave, Toswiah’s 13 and Cameron’s 14. Everyone knows what witness protection is, but Woodson really brings to life the trauma and finality of it. Both Evie and Anna have trouble adjusting to their new lives because they loved the ones they left behind so much. Their mom throws herself into a new religion. But their father has the most difficulty, basically passing the time by sitting and staring out the window.

Evie starts trying to get her life in order while still feeling disconnected from the rest of her family. She takes up track and finally makes some friends. But it’s not enough. Her sister is threatening to leave to go to a college that allows early admittance, her mom is still obsessed with religion, and her dad’s still staring out the window. So there’s a long way to go.

There’s a lot of subtlety to the book. It’s about race, but that hardly gets specifically mentioned. The more overt themes—identity and doing the right thing—are addressed more directly. Toswiah/Evie ponders her father’s choice. Was it right, given the impact it has on the family. She also spends a lot of time and emotional energy on her identity. Is she still Toswiah now that she’s Evie? Who is she, really? The answers don’t come easily but Woodson handles it with deep understanding. All her characters are well-developed. The language is lovely, too, while still staying believably in a young (heartbroken) teen girl’s voice.

I’d definitely recommend reading this one. The novel might be considered YA but on the younger end of the spectrum. It might be more appropriate under the middle grade umbrella. So it is appropriate for younger readers, but no less relevant to teens and adults.