I mentioned in my previous post that I’d be attending the Pacific Northwest Writers Association’s Annual Conference. It’s a regional conference, but it’s also well-organized and respected across the country. Many editors and agents based in New York and other places come out for it. It went really well this year. And it was nice to see all my writing friends, too. 🙂 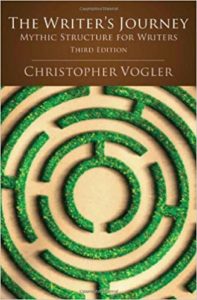 On Thursday I did a master class with Christopher Vogler, who interpreted Joseph Campbell’s anthropological studies of mythology and stories into a pseudo-formula for writers many years ago. It eventually came out as a book called The Writers Journey: Mythic Structure for Writers, which provides a solid structure framework called the Hero’s Journey, which writers can use to construct a satisfying story. There’s some controversy about the true universality of this story structure (some feminists claim it only applies to men’s stories, for instance). My opinion is that while it is not the only possible good story structure, it can be a useful guide for almost any story. But there are definitely other story structures out there. Regardless, his class was good—Vogler’s a good speaker and he’s very emotionally involved in stories and his work with them, which really draws in the audience. 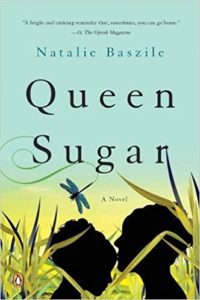 Thursday night, the keynote speaker was Natalie Baszile, author of Queen Sugar. I admit I hadn’t heard of this book, though I’ve bought it and intend to read it because it sounds good. Oprah even picked it up and made a TV show out of it, which is apparently quite good. I know a lot of people snootily look down on Oprah, but I think she generally has good taste in books. Anyway, Natalie’s talk was all about her journey to publication, which was… long. She peppered the speech with family stories, some of which were funny (the box of Louisiana delicacies that were shipped every year, only to arrive as a box of rotting meat) and some of which weren’t (her father growing up in Louisiana and experiencing the small-town embedded racism there).

Friday was all about pitching. I pitched a book I’m writing under a pen name to an editor and four agents and had good results. One of the agents had rejected Finding Frances two years ago so I asked if I could resend it and she said yes. On top of that, I had a request for the first 50 pages of Finding Frances from an editor at a large publisher. I’ll send it to the agent soon, but I’m going to wait until I hear back from the editor who’s already got it before sending it to the new editor. 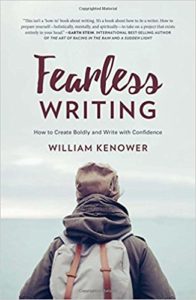 On Saturday, I went to several different sessions, mostly about craft. One was on hooks and how important they are, especially at the end of scenes and chapters. I went to a session about writing nonfiction for kids, something I’ve thought about dipping my toes into. I went to another session on writing diversity, which had a bunch of great tips. Sunday I went to a session called Fearless Marketing, with Bill Kenower,  the guy who wrote the recently-released Fearless Writing. He’s a little intimidating because he’s excessively passionate about everything, but the session was good. One final nice thing about the conference is that most of the sessions are recorded, so I bought fifteen of them on CDs. Gives me something to do on the horrible drive to and from work.