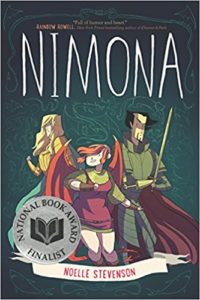 I don’t remember how I found out about this graphic novel, but I’m glad I did, because it was highly entertaining. Although art is generally a matter of personal preference, I liked it. The book features Nimona, a shapeshifter whose base form is that of a teenage girl, and Ballister Blackheart, the kingdom’s purported notorious villain. Blackheart has a vendetta against Ambrosius Goldenloin, who destroyed Blackheart’s right arm. These are the folks you see on the cover. The comic is set in a vaguely medieval world with advanced science. It’s clever and even subversive at times, all while managing to be hilarious. 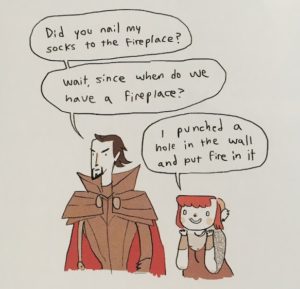 Oh, and there are dragons.

Blackheart is in a bit of a rut as the kingdom’s supervillain, though his scientific experiments are continuing. He has an issue with killing people, so mostly he’s a nuisance. Enter Nimona, who shakes things up as his self-appointed sidekick. 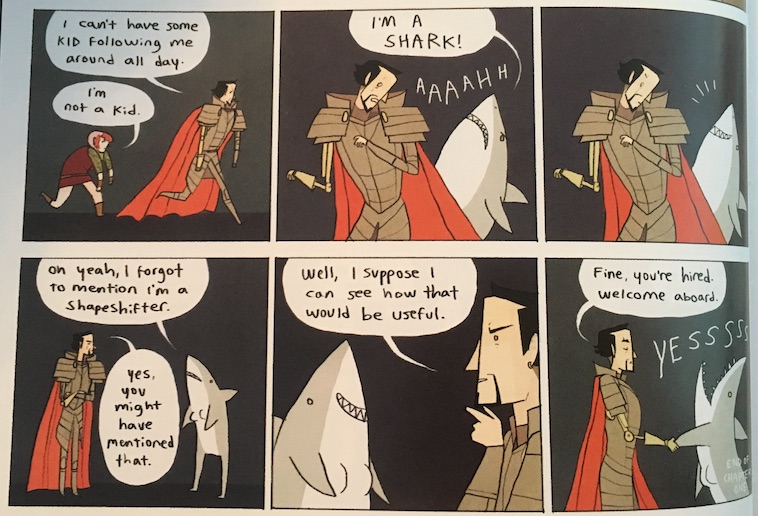 She’s precocious and annoys him at first, but she’s relentless enough in her commitment to him and her interest in furthering his supervillain career that they take on the Institution of Law Enforcement, who Goldenloin works for.

Back in the day, Goldenloin and Blackheart were heroes in training, but now Goldenloin is the sole hero of the kingdom. The Institution isn’t as squeaky clean as they would have everyone believe. No, they’re carrying out dangerous experiments that are risking the health of the entire population. Things escalate and Blackheart and Nimona have several violent encounters with Goldenloin and/or the Institution, culminating in one big battle.

I loved the fact that Nimona doesn’t have a perfect model body—she’s got these big thighs that made me adore her. And I appreciate it all the more because she’s a shapeshifter, after all—she could take any form she wanted. I also loved that the kingdom’s legendary hero was a woman who slayed a giant scaled creature rumored to be a shapeshifter. The clever “mad scientist” that Blackheart turns to in an attempt to save Nimona is also a woman.

The major characters are all complex, but Nimona and Blackheart are both especially good. Nimona is damaged (as an abandoned child), impulsive and gung-ho about everything. Blackheart is always subdued and deadpan. And their father-daughter-like relationship is cute to watch.

Their dialogue is always funny and full of subtext giving sneaking glimpses into their insecurities. And there’s more than meets the eye with Blackheart and Goldenloin, reminiscent of Rainbow Rowell’s Carry On.

I’ll leave you with my favorite scene: 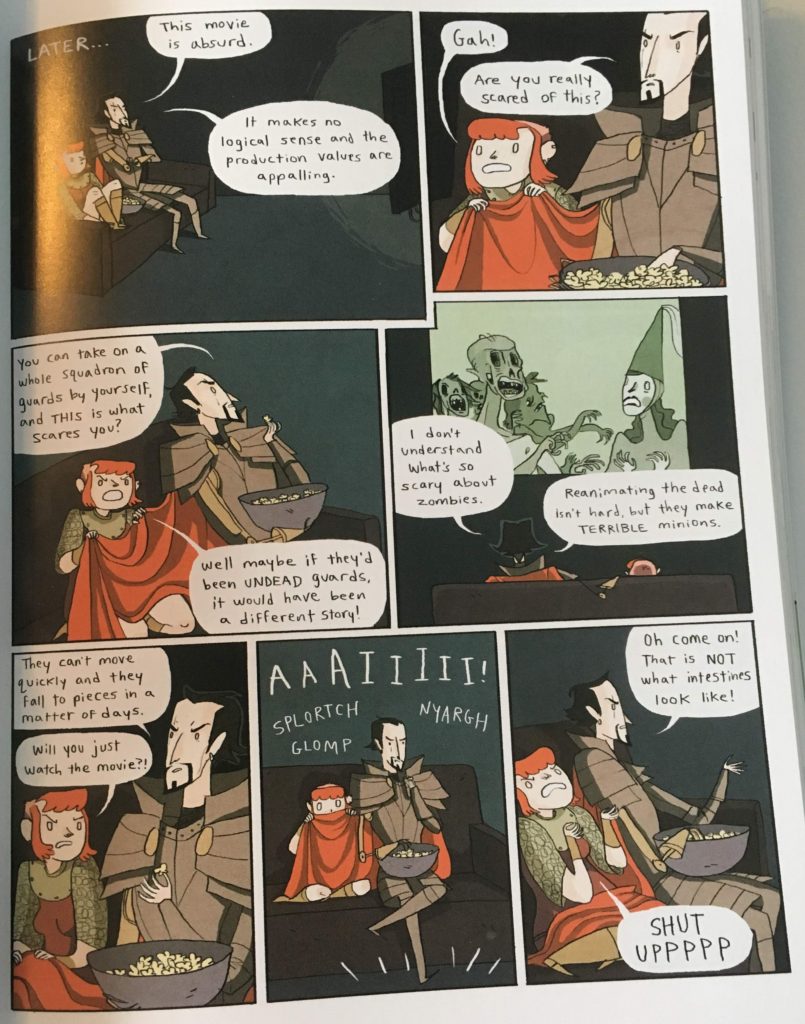